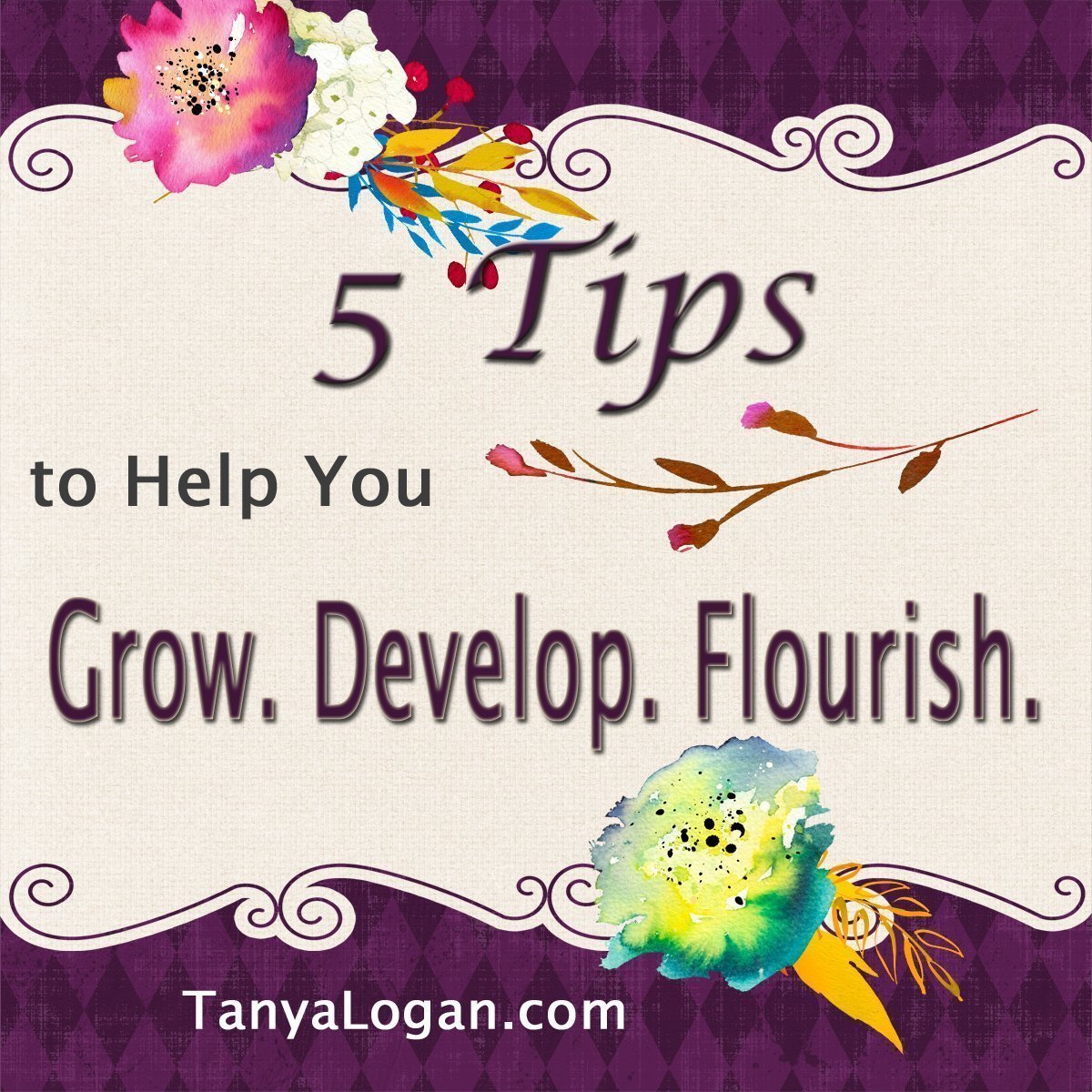 Habit Stacking, aka Many Steps to Self-Discipline

I’ve read numerous books by author Steve Scott, so it’s no surprise that I picked up Habit Stacking: 97 Small Life Changes That Take 5 Minutes or Less (affiliate link, but it’s free for Kindle.) It’s sort of exhausting to read, as the habits are sort of stacked (sorry!) right on top of one another so you need to stop and breathe every so often.

I also recommend reading with a pen/notepad or, if you’re paperless, a suitable typing device nearby. You’ll want to jot down some ideas. He had me at #5, Chunk Down a Task into Manageable Steps, when I got a lightbulb moment and realized I need to do that. As many years as I’ve been writing books, I can still become overwhelmed at the thought, “I’ve got to work on my book.” According to Scott’s methodology, I need to think instead, “I need to write (or edit) this one chapter.” This is easier, and maybe I’d stay out of the craft room and do it.

The book begins by explaining what habit stacking is – interestingly, I have used the same concept for (cough cough) a few years with my violin and piano students. I called it “tying to” rather than stacking; for example, tie your practice time to another daily activity, like eating dinner. That way it always gets done. Scott’s point is twofold, stack the habits for a good routine, and keep them under 5 minutes so you can squeeze them in when you have a little down time. [Note: For me that means lots of little lists]

Anyway the book explains all that and then breaks the habits down by category, like finance, health, and so on. Much like his other books, Scott’s Habit Stacking sort of makes me grit my teeth in places; for example one habit he lists is “check your social schedule.” And he goes on about aromatherapy, then dismisses it as possibly too “woo-woo” and states that he can’t prove it works. Hello, then delete it from your book?

Yet I keep coming back. He is a good writer, and overall it’s a good read, even if much of it feels like a fast-forward roundup of other people’s similarly rehashed words of advice. He takes the time in the end to give several real-life examples of habit stacks, and spends some time discussing our universal lack of motivation in doing our daily chores/habits, which is an extremely useful section of the book (maybe the most important part). I did get a few good websites/apps from it that I wouldn’t have otherwise known about. Here they are:

Rescue Time – This is an app that promises to get the wayward writer or home-worker back on track. It runs in the background on your computer or device, and alerts you to how much time you’ve spent on an activity. It can also block distracting websites at your discretion. Awesome, no? (Not an affiliate link)

Eventful.com – lists tons of concerts, festivals, movies in your area – yep even in my small town.

Only In Your State – This site looks a little like The Enquirer of the Internet (Note to self: Stop revealing your age!) but the link will take you to River towns in my state, and they all look legit. And cool. Cool as in, not 90 degrees like down here.  I might have to go visit them.

Which reminds me, I just read a really good book set in Apalachicola, the #6 town on the list. Details below.

Friday Tip #6, or 1a: The Forgotten Coast Florida Suspense Series: Books 1-4 (affiliate link but free for Kindle). It has 4.9 out of 5 stars on Amazon, no small feat these days.

Written by Dawn Lee McKenna, who I don’t know but I’m pretty sure we’d be good friends, this is such a great depiction of the area (NW Florida). I’ve met writers who set their books in towns they’ve never visited, relying on cliché’s to build it (gag, choke). Not so with this series. McKenna is from Florida, and now lives in Tennessee – I lived in Tennessee and now write from Florida. Anyway she knows the area, and describes it well.

The books are short, but pleasant to read and full of dry humor. Suspenseful enough to keep you reading, but lacking in foul language, and there’s a little romance but not enough to keep me from recommending it to hubby. The characters are so well-developed that when a storm blows in you actually think “I hope so-and-so is okay!” (Then look over your shoulder to be sure no one actually caught you thinking that!) Check it out. I’ll be reading book 5 in the series this weekend.

I wanted to make today a gadget-free day. It’s Friday, I’m not under the gun for projects, and there’s plenty spilling off my to-do list that doesn’t involve a computer or iPad. It didn’t work. I just wanted to scan through my email quickly, but one thing led to another and three hours later, yep you guessed it, I was still online. It’s such a common problem it’s hardly worth mentioning, right?

But when it carries over to everything else in your life…nearly half of people in this survey reported being phubbed [phone snubbed] by their partners – and higher levels of phubbing create higher levels of relationship conflict. Ouch!

Hubby and I use the excuse that we live/work/play together. We even share an office. So if we play on are completely absorbed in our smartphones while waiting in a restaurant, that’s okay. But is it? You tell me.

One of the suggestions in this article suggested practicing phone etiquette, as if having etiquette is a new and unpracticed habit. Is it? Maybe so; I googled and found hundreds of articles with titles like “Don’t be Rude: 5 Tips for Proper Phone Etiquette”.

Being present means being where we are, which is not on the phone but rather face-to-face (with not only our loved ones but the cashier, the wait staff, etc.). A great Zen teach said that we must be as observers, seeing what we are doing but not clinging to it lest we become trapped by it. Maybe somehow he was predicting, decades ahead of time, our love affair with smartphones.

Do statins and other medications really cause cancer?

Yesterday I spoke with a friend who mentioned taking herself off statins. “They are said to cause Alzheimer’s,” she explained.

Another friend had done the same a few weeks ago because they cause cancer. I decided to do a little research, as I am not on statins but I want to be ready lest I be prescribed one someday.

I have said since the beginning of the cholesterol craze that I didn’t believe in the hype. Cholesterol is found in every cell in the human body. In some instances it actually prevents disease. It supports the myelin sheath, the immune system, and protects skin from certain bacterial and fungal infections. Again, I am not a doctor or any sort of medical professional, but reason would say cholesterol is present in the body for a reason.

So it sounds like the doctors in Forks Over Knives were spot on. I believe I’ve mentioned this film before; two physicians literally dedicated their careers to finding scientific reasons for changing our diets – the real culprit in diabetes and all the other health issues.

Check it out – watch the video, then read the plan (affiliate links) that will help transition you to a healthier diet. And don’t go off any medication without speaking to your doctor first.

If you love browsing quality handmade items, take a look at Custommade.com. I stumbled upon it while hunting for artsy business cards. Here’s one business logo stencil… ideas! Maybe I’ll hand make my business cards! (This is why I never get anything done). I have cards for my art website, cards for my Facebook page, and author cards. But now I have this. Need. More. Cards.

You know what a craftaholic I am! I got excited over this Watermelon painted napkins project over at Ann’s Entitled Life. They’re perfect for summer, and picnics, and July 4. I think I’ll give it a try; anyone else want to try it with me?