When Your Friend Has One of Those Drama Fits, and You’re Trying to Be a Good Christian 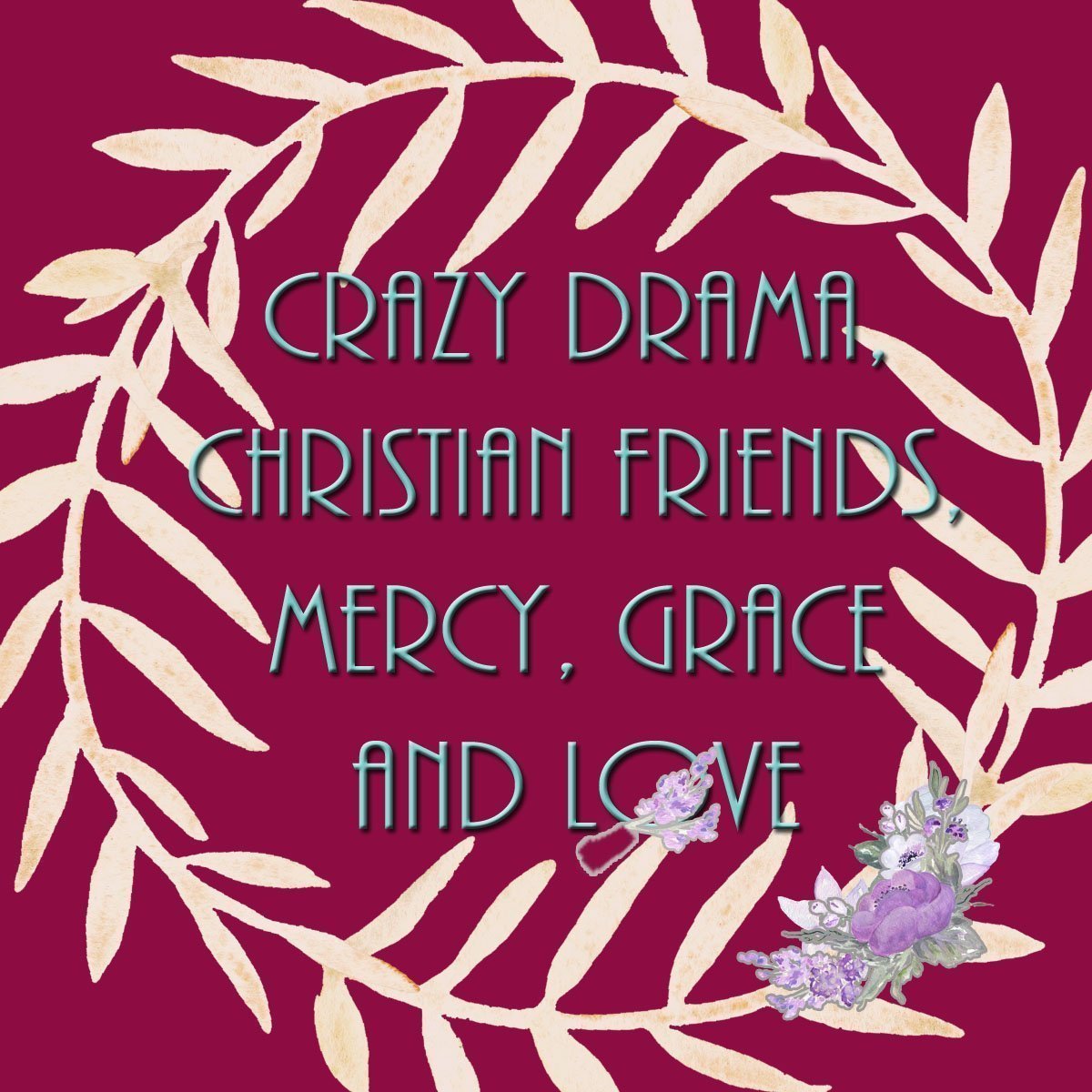 I’ve had one of those weeks where somebody you thought was a friend turns out to be worse than an enemy. I’ve got to be a little vague, because I don’t want it to seem like I’m gossiping. And for the record, I won’t gossip about it, let’s not go there, please don’t ask me who it was. But I was attacked, some of those around me were hit by the flying mortars, and she went over my head to complain about me.

I would have taken a bullet for her – then I saw she was the one behind the trigger.

You’ve been there. Your stomach clenches and churns; your heart races, and its all you can think about. You get absolutely nothing else done because your mind keeps returning to The Situation. Eventually, you get a headache, or your back hurts, or you throw up.

You feel guilty, even though you’ve bent over backwards to try to make it right with this person and there isn’t any making it right. The agenda is not yours to control, and it goes from bad to worse as you try your best to fix it. In truth isn’t about making it right or smoothing it over or fixing it; it’s about this person being able to say she was victimized, she was stabbed in the heart by the dagger you hold, and you were responsible (even if you weren’t).

“You and I spend way too much time worrying about the fact that we were accused,” my daughter said. “Even if you had done what she’s accusing you of – there is no excuse for her behavior.”

It’s a really good point. The behavior was so outrageous I could laugh – except I can’t. Because I’m still on the verge of crying. Or throwing up. Or both.

I also question what I’ve done wrong in this situation. Could I have handled it better, or differently? Which leads me to thinking about mercy: did I have enough?

It’s something I think about often, because to me mercy, love and grace are three requirements for living well.

“You’re showing her a lot more mercy than I would,” a friend says. I get that a lot. I don’t really mind because I want to show mercy.

The Bible is my guide for living and it says,
“The Lord comforts us in all our troubles, so that we can comfort those in any trouble with the comfort we ourselves receive from God. (2 Corinthians 1:4 NIV).

The struggles we have, the ones you have and I have, have shaped us to be the people that we are. Those struggles have made us able to sympathize with people who are in need. Which is exactly why we can reach out and give us “the same comfort God has given us.”

Which is why I question myself.

Because I know this person is in need, I know that she struggles. I know she doesn’t have a lot of friends, and she considered me one of them. Before she attacked me. Before she burned all the bridges, and turned back around and built structures over them so that there was no way to ever go back.

Mostly I feel sad. I’m sad that she reached out and clawed, swiping again and again at me like a feral cat. I’m sad that she has lied, and will continue to lie. I know that those lies will be repeated to others, who may or may not believe them. A long time ago this would have hurt me and I would’ve spent a lot of time worrying about whether people would believe it or not. Now I just share sadness with her, sorrow that we’ve both lost a friendship over a simple mistake, a stupid misunderstanding that could have been resolved with a one-minute conversation. I’m sad for all the people like her who feel the need to create drama and twist and manipulate, and lose their friends. (I do that. I encompass the whole world, while I’m at it.)

I’m sad that people can be our age and still go through this.

I read back over our emails to each other endlessly, pointlessly. “Please call me,” I begged from the beginning. “I know we can resolve this just call me,” another one implored. No calls, as is her modus operandi. Just the sudden irrational attacks. And Facebook blocking, which I know people do all the time but it seems so…childish. Like: I have the POWER to block you! On Facebook!

I read back over the 2 Corinthians verse again, The Message version. I realize and I’m comforted by the fact that God will bring her alongside of somebody else, not me, who can comfort her. It’s not my problem. It’s not my job.

“Wow,” one of the standers-by who got dragged in and hit by shrapnel emailed me. “Best we move on.” (She was similarly given the don’t-contact-me-anymore order)

We should, and we will. I find myself okay with that, and okay in general – something that lets me know I’m in a really good place right now. I feel a measure of peace because I did the best I could, even if it wasn’t right or enough or there was some other agenda going on to negate my efforts. I feel good because I’m surrounded by an incredible group of close friends and the most wonderful husband anybody could imagine. Those are the people you need when things like this happen, and they’ve all come through.

There’s always a moral, a take-away, and this is no different. I believe the unhappiness, bewilderment, and ultimate coming-apart of this friendship happened because of a misunderstanding.

Yet we both made a commitment in the very beginning of the email barrage not to have that. “I don’t want any misunderstands [sic]” she wrote in the second one. “I don’t either, that is why I want you to call me,” I wrote back. She didn’t.

In life, we misunderstand, miscommunicate, and don’t hear each other.  We don’t make time for (proper) communication. We know we need to listen better, so we make promises like I will communicate more by phone, not text. Or I will listen to my wife better. Or I will be present when someone is talking.

Then we forget, and the miscommunication starts and we are upset and have headaches and lose people who are important to us. That is my take-away.

To that end, I’ve made a list of ways we can communicate better. The link is the big graphic at the bottom of this post. The list works from both ends (talking and listening) and although I have a Biblical worldview, it isn’t strictly a “Christian” list. Meaning some parts may related to a Bible verse, but there is no citation. They’re just my suggestions, actually they are more a very short “Notes to Self” than anything formal or spectacular. Maybe someday I’ll make it into an ebook or something, but for now it’s like lifting a bit out of my diary. Take what you like and try it. Let me know how it turns out.

“We’ve all got both light and dark inside us. What matters is the part we choose to act on. That’s who we really are.”
― J.K. Rowling